Reading Guide. Karna's situation is both fascinating and tragic: as the war with the Pandavas draws near, he still does not know that they are his brothers. That, however, is about to change: Krishna reveals to Karna the secret of his birth and tells him to go to the Pandavas in peace, assuring him that they will not only accept him but regard him as their elder brother. Before you read this episode, you might try to imagine what Karna's reaction will be as both Karna and Kunti make their appeals to him.

Before Krishna left the city he met Karna and spake to him, saying, "Come with me, and the Pandavas will regard thee as their elder brother, and thou wilt become the king."

Said Karna, "Although Duryodhana is a rajah, he rules according to my counsel. I know, without doubt, that a great battle is pending which will cover the earth with blood. Terrible are the omens. Calamity awaits the Kauravas. Yet I cannot desert those who have given me their friendship. Besides, if I went with thee now, men would regard me as Arjuna's inferior. Arjuna and I must meet in battle, and fate will decide who is the greater. I know I shall fall in this war, but I must fight for my friends. O mighty one, may we meet on earth again. If not, may we meet in heaven."

Then Krishna and Karna embraced one another, and each went his own way.

Vidura spake to Kunti, mother of the Pandavas, and said, "O mother of living sons, my desire is ever for peace, but although I cry myself hoarse, Duryodhana will not listen to my words. Dhritarashtra is old, yet he doth not work for peace; he is intoxicated with pride for his sons. When Krishna returneth to the Pandavas, war will certainly break out; the sin of the Kauravas will cause much bloodshed. I cannot sleep, thinking of approaching disaster."

Kunti sighed and wept. "Fie to wealth!" she said; "that it should cause kinsmen to slaughter one another. War should be waged between foemen, not friends. If the Pandavas do not fight, they will suffer poverty; if they go to war and win, the destruction of kinsmen will not bring triumph. My heart is full of sorrow. And alas, it is Karna who supports Duryodhana in his folly; he hath again become powerful."

Kunti lamented the folly of her girlhood which caused Karna to be, and she went forth to look for him. She found her son bathing in sacred waters, and she spoke, saying, "Thou art mine own son, and thy sire is Surya. I hid thee at birth, and Radha, who found thee, is not thy mother. It is not seemly that thou shouldst in ignorance plot with Duryodhana against thine own brethren. Let the Kauravas this day behold the friendship of thee and Arjuna. If you two were side by side you would conquer the world. My eldest son, it is meet that thou shouldst be with thy brethren now. Be no longer known as one of lowly birth."

A voice spoke from the sun, saying, "What Kunti hath said is truth. O tiger among men, great good will be accomplished if thou wilt obey her command."

Karna remained steadfast, for his heart was full of honor. He said unto Kunti, his mother, "O lady, it is now too late to command my obedience. Why didst thou abandon me at birth? If I am a kshatriya, I have been deprived of my rank. No foeman could have done me a greater injury than thou hast done. Thou hast never been a mother to me, nor do thy sons know I am their brother. How can I now desert the Kauravas, who trust in me in waging this war. I am their boat on which to cross a stormy sea. I will speak without deceit unto thee. For the sake of Duryodhana I will combat against thy sons. I cannot forget his kindness; I cannot forget mine own honor. Thy command cannot now be obeyed by me. Yet thy solicitation to me will not be fruitless. I have power to slay Yudhishthira, and Bhima, and Nakula, and Sahadeva, but I promise they shall not fall by my hand. I will fight with Arjuna alone. If I slay Arjuna, I will achieve great fame; if I am slain by him, I will be covered with glory."

Said Kunti, "Thou hast pledged the lives of four of thy brethren. Be that remembered to thee in the perils of battle. Blessed be thou, and let health be given thee."

Karna said, "So be it," and then they parted, the mother going one way and the son another. 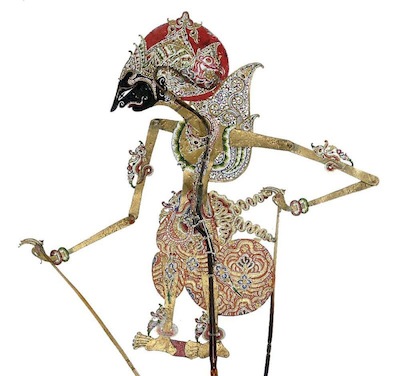