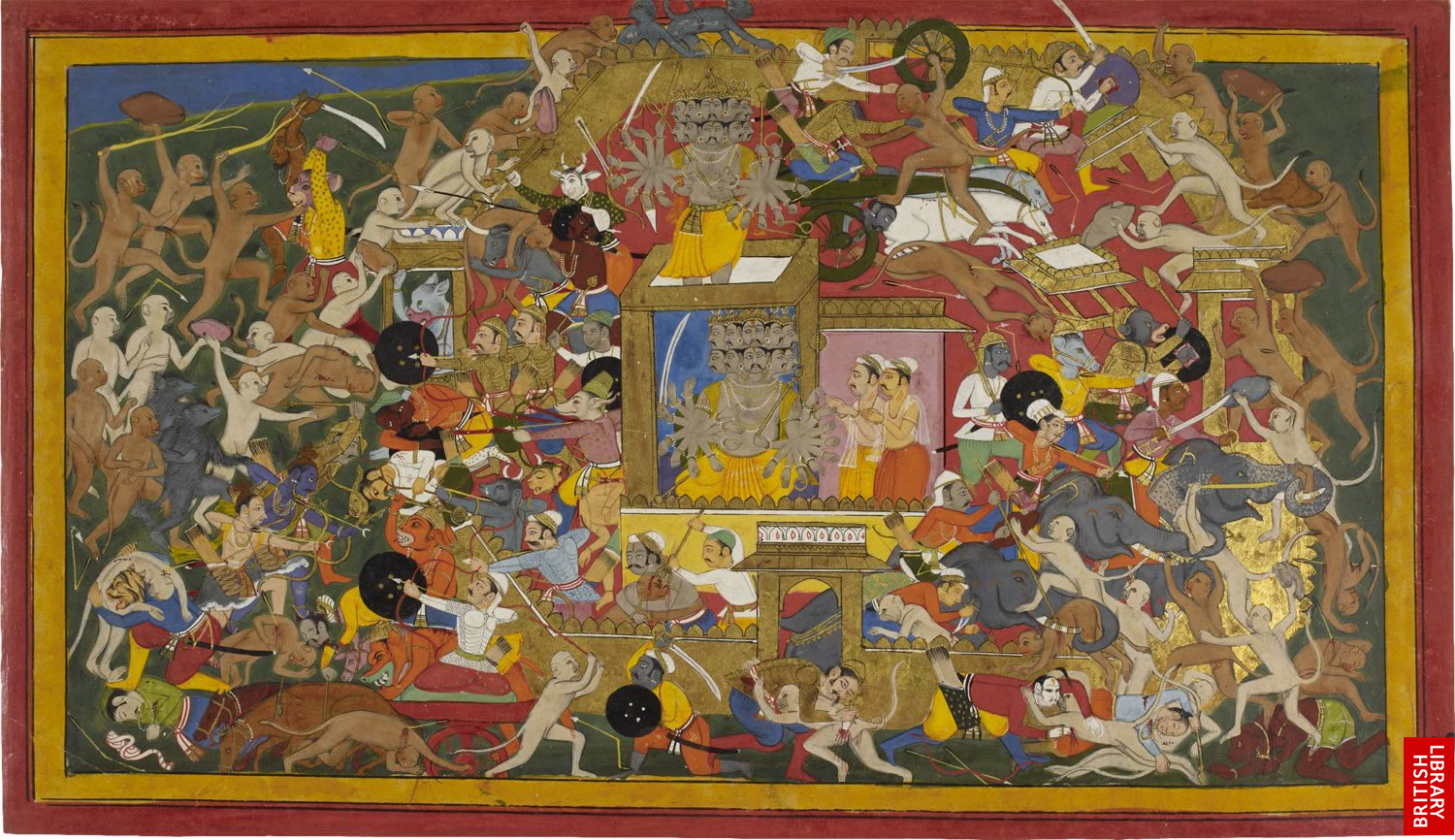 From the Library site: Rama has divided his forces, sending the chief monkeys with their separate armies to the four gates of the city. The allies launch a general attack on Lanka, in which many marvellous feats of skill and daring are performed. Rama has sent Angada to Ravana with a message about his impending doom. Enraged, Ravana orders him to be put to death but Angada breaks free (top right) and creates havoc among the demons before escaping. Ravana ascends to the roof of his palace and orders a sortie. Sahib Din combines a bird's eye viewpoint with a conceptual rendering of Lanka allowing him to use a great depth in his paintings in this book. 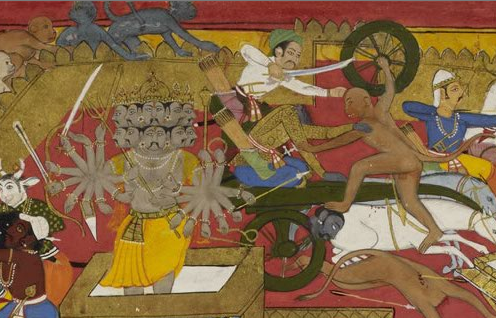 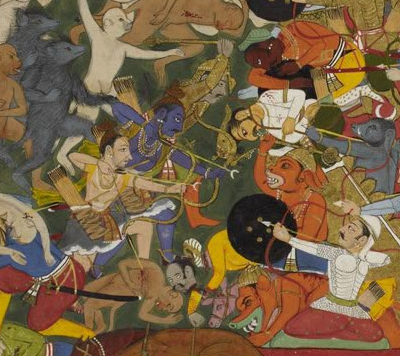 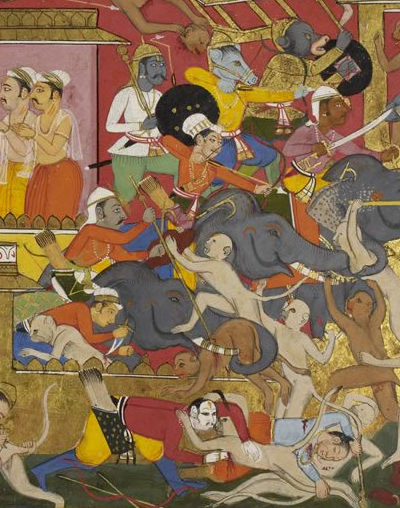