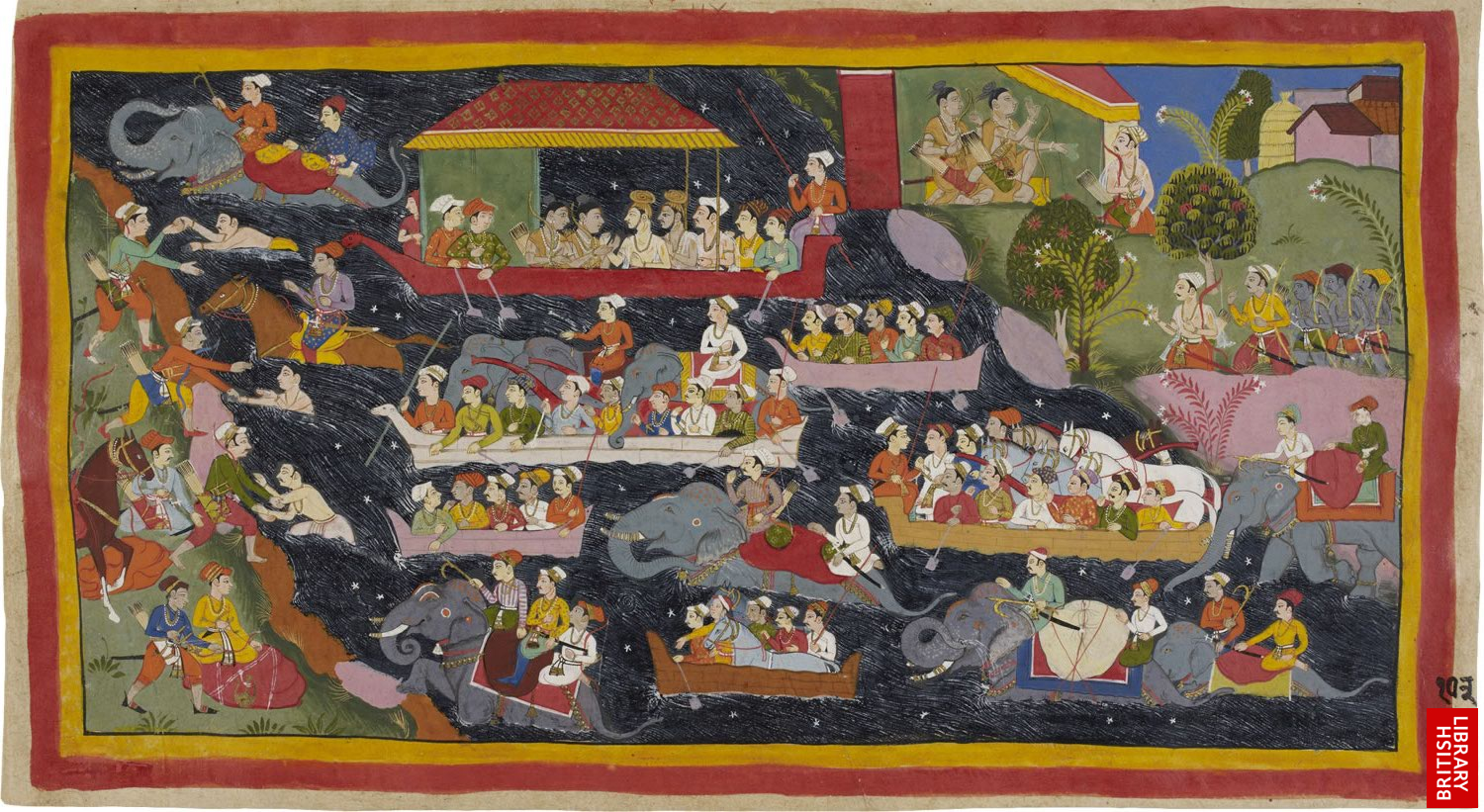 From the Library site: Bharata refused to be installed as king and resolved to find Rama and bring him back to Ayodhya. He set off with the foremost citizens of the city and a huge army and has reached the banks of the Ganges in Guha's kingdom. Bharata tells Guha to fetch enough boats to convey them all over the Ganges. They all then cross the river in flat-bottomed boats driven by paddles and with steersmen with long poles. The largest boat, in which are the princes, the Brahmins and their advisers, has a canopy and also a screen for the queens. Others convey the horses and army, while the elephants with their baggage are driven across by their mahouts. Some men swim across and are helped out of the water by Guha's people on the far bank. The two princes have now resolved to wear ascetics' garments like their exiled brothers. 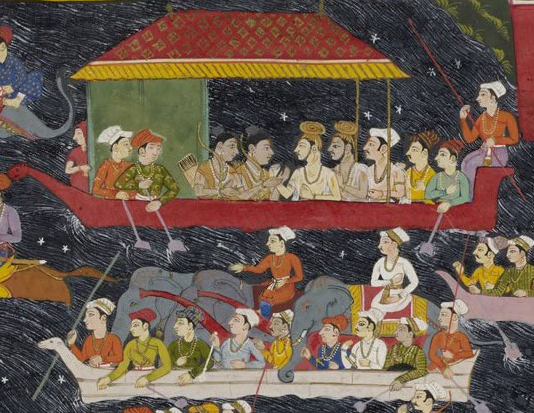 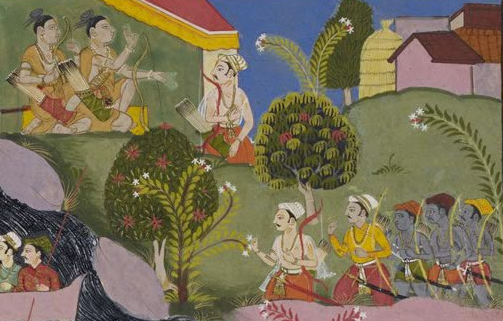