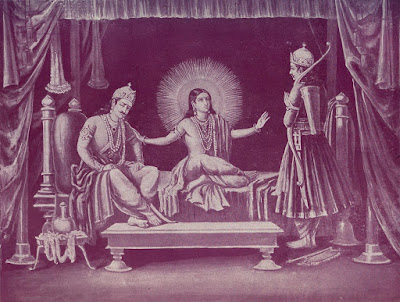 You can read about Krishna's role in the war at Wikipedia: "Once Kurukshetra war seemed inevitable, Krishna offered both sides the opportunity to choose between having either his army called Narayani Sena or himself alone, but on the condition that he personally would not raise any weapon. Arjuna, on behalf of the Pandavas, chose to have Krishna on their side, and Duryodhana, Kaurava prince, chose Krishna's army. At the time of the great battle, Krishna acted as Arjuna's charioteer, since this position did not require the wielding of weapons."